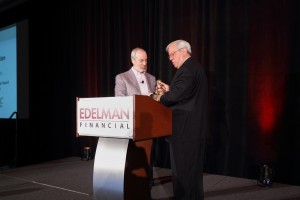 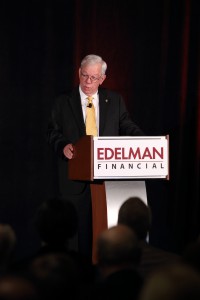 Ric received the Dunton Award as an individual who has made a substantial contribution to the financial services profession and/or financial interests of the public.

For 30 years, Ric Edelman has worked to teach everyday people about personal finance. He’s widely regarded as one of the top advisors in the advisory field, having been named in 2016 among the country’s Top 10 Wealth Advisors by Forbes magazine, the nation’s #1 Independent Financial Advisor (three times) by Barron’s, and one of the “10 most influential figures” in the advisory field by RIABiz in 2013.

Dunton’s Realization
“That the ethical sale of financial products and the delivery of competent advice is  a very noble calling.”

More about the Dunton Award…